Free shipping to the United States

When your house of worship live-streams or records certain events, you are likely using either a video switcher or software to complete the task. While both of these options have advantages and disadvantages, many experts recommend the use of video switchers rather than standard software. Why? There are actually numerous reasons why this option is recommended, and to completely understand why, it’s best to know a little bit about each of these options before you go any further.

Video Switcher vs. Software: The Basics

When you use software that has been installed on a computer for your live-streaming events, that software will intake the audio/video content and then convert it into streamable data. The process itself is known as encoding, and it’s an important step when you plan to video-stream an event. In contrast, using hardware such as a video switcher instead of the computer software is different because the switcher has its own software built into the switcher, and its sole purpose is to encode audio and video data into streamable content.

Another factor to consider is the software itself. There are a lot of live-streaming software packages available these days. Some of them, such as OBS, are free, while others can cost up to $1200. That being said, keep in mind that your house of worship may not need the advanced features that the more expensive software versions offer. You might do quite well with a free version of software. OBS is a popular one not just because it is free, but also because it does a lot more than most people realize.

This is why, when deciding between computer software and a video switcher, you should first consider your church or synagogue’s needs. If you don’t need the super-expensive software packages, there is no point in getting them. For most houses of worship, it does seem that there is no need to go all out on the most expensive software available. Of course, only your house of worship can make that decision in the end.

Advantages of a Video Switcher

The first advantage of using a video switcher is the computer itself and all of its potential problems. If you’re using a computer for your live stream of an event, consider what would happen if the computer suddenly crashed or had other problems. When it comes to your live stream, you may need just the basics or you may want something more sophisticated. In both cases, if you’re using a computer instead of a video switcher, the results are always going to depend on the computer itself.

At the very least, you’ll need a computer that has a powerful processor and a high-quality graphics card. While your streaming software may offer 4K @ 60 FPS and 50 Mbps, this doesn’t necessarily mean that your computer can keep up with that. In fact, the more you want your computer to do, the more of a strain you’ll be putting on it. If it’s a weaker computer, potential problems include the computer becoming slow or even crashing, and other issues that include buffering on the viewer side and even frame loss or stuttering.

You also need to keep in mind that not all video-streaming software is compatible with all computers. An example of this is software such as vMix and XSplit, which are not compatible with the Mac OS computers. Yet another problem is when you decide to use external sources such as cameras. In these instances, computers don’t normally have the capability to capture video signals; e.g., HDMI or SDI. Because of this, you’ll need to invest in additional video grabber cards, which you won’t have to do when using a video mixer.

While there is no “one size fits all” type of video-streaming option, and even though there are both pros and cons of both computer software and video mixers, here are a few of the reasons why using a video mixer is usually more convenient than choosing software for computers:

As a general rule, it is much more reliable than software

All of this being said, it usually requires more of an investment to choose this option because in order to get everything you need, it can get quite expensive. Nevertheless, because of the convenience and versatility of a video mixer, more and more people are choosing this option for all of their house of worship’s video-streaming and recording needs. And when it comes to the expense associated with a video mixer, you have to keep in mind that computers need to be updated and replaced more often than video mixers do. Because of this, the initial costs associated with a video mixer, while high, can be lower in the long run since they won’t have to be replaced as often as a computer might have to be.

As a general rule, choosing a video mixer is great for organizations that:

In other words, the fancier you want to get, the more you’ll likely prefer a video mixer over a computer loaded with software. It isn’t that the latter can’t handle these tasks; it’s just that the tasks are much easier performed using a video mixer.

While the choice between a video mixer and a computer for video-streaming has to be a personal one, there are advantages to choosing a video mixer over computer software. Naturally, there are also advantages to choosing the computer option, which is why each house of worship ends up choosing something different. Your best bet is to do your due diligence and research both of your options more thoroughly because that is the only way to know for sure which option will work best for your needs. 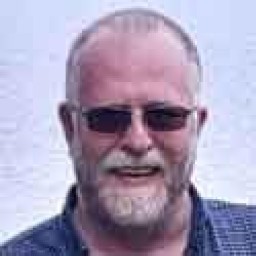 Duke TaberDuke Taber has been a Senior Pastor of various churches since 1988. Prior to that, he was involved in the Christian rock scene opening for such notables as Larry Norman, Randy Stonehill, Rez Band, and once played briefly with Darrel Mansfield. Today he is the owner and managing editor of 3 successful Christian websites that support missionaries around the world.
Posted in:
Video Switcher Tips

Offered in the country of usage